After Sony and Marvel Studios announced that Spidey would be joining the Marvel Cinematic Universe rumors started as to who we be playing everyone’s favorite wall-crawler. Well wonder no more as Tom Holland is set to play web head in a new movie set to open July 28th 2017 directed by Jon Watts who directed Cop with Kevin Bacon which made its debut at the Sundance film festival this year. 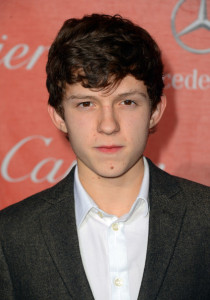 After a long search for actors Kevin Fiege and Amy Pascal belevie Tom Holland is the perfect actor to step into the Peter Parkers long-johns. Speaking on Marvel.com Amy Pascal has this to say:

It’s a big day here at Sony. Kevin, Amy and their teams have done an incredible job.  The Marvel process is very thorough, and that’s why their results are so outstanding.  I’m confident Spider-Man will be no exception.  I’ve worked with a number of up-and-coming directors who have gone on to be superstars and believe that Jon is just such an outstanding talent.  For Spidey himself, we saw many terrific young actors, but Tom’s screen tests were special.   All in all, we are off to a roaring start.

One things fans will be wondering is if we’ll be seeing our friendly neigbourhood Spider-Man pop up in any other Marvel Films before 2017. There had been rumours Spidey would appear in Captain America Civil War but with filming well underway it seems unlikely he’ll make any appearance. Let us know what you think of this new direction for the cinematic Spider-Man.